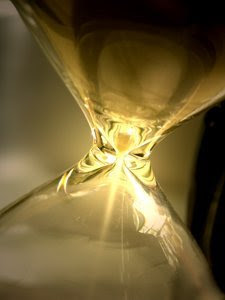 I’m going to die on November 5, 2055. So says the nifty little quiz I just filled out on the internet. And though it’s hard to put much faith in the accuracy of a prediction based in part on how often I recycle (question number five), this is good information to have. Because whether the date is exact or not, the truth of it is.

November 5, 2055, does seem reasonable. I’ll be eighty-three years old then, and my children will be in their late forties. I’ll most likely have grandchildren, be retired, and spend most of my days telling everyone who will listen that the world was a much better place back in 2009.

So yes, dying at eighty-three would be okay with me. That’s a good age to smile at this world and wave goodbye, right there in the meaty part between hanging around too long and not long enough.

At least, that’s what I thought. I’m not so sure now. Having forty-six years left for me to finish whatever it is I want to start seems like a lot of time, but it isn’t when you start to dig a little deeper. Trust me. Because that’s what I did.

If the scribbles on the sheet of paper in front of me are right, most of my remaining forty-six years are already spoken for. I’ll spend twelve of them sleeping, three eating, ten either exercising or resting, and another ten just on home maintenance.

All of which leaves me with a grand total of eleven years to live. One hundred and thirty-two months to make a difference.

Not a lot, is it? Especially considering the fact that November 5, 2055 is at best an approximation and at worst a clever marketing ploy designed to deluge me with junk mail. My end may come later. It may also come before I finish writing this. I don’t know.
None of us do.

Which is why it amazes me that we always think there is time. Plenty of time. There’s always tomorrow, we say. And that may be true for some of us. But not for everyone.

About 146,000 people in the world will wake up this morning thinking there’s plenty of time, not knowing this will be their last day in this life. That’s 6,098 people an hour, 102 people every minute, and about 2 per second. In the time it took you to read this paragraph, twenty people have died.

Amazing, isn’t it? Sad, too. Not because our lives must end, but because the thought of death rarely crosses our minds.

Life fools us into thinking it is this hulking, indestructible beast, when it’s really as fragile as a porcelain figurine . It is holy and sacred and fleeting and never guaranteed. Believing otherwise is not only dangerous to us, it’s dangerous to how we live.

The truth? We don’t have plenty of time. Our every breath is the oil that moves the gears of our days, sending us closer to the moment when we say goodbye to this world and hello to the next. We can’t put off chasing that dream. We can’t delay making those amends. We can’t wait to say “I love you” or “I’m sorry.”

We can’t linger when it comes to the things that make living worthwhile, the people and the dreams that give us meaning. We have to take care of them every minute, every moment. Because maybe they or we won’t be here the next.

Don’t think it’s never too late. Because sometimes it is.

(This post was first published as a column by the Staunton, VA News Leader)