The weekday morning routine begins with a cup of coffee and the news, that latter of which is turned off when the kids wake for school. They don’t like the news, they say. And I tell them I don’t like it much either. Those few minutes before our days begin and we are all on the sofa are usually spent watching something else.

But not this morning. This morning was different.

Perhaps I was just lost in the story, my eyes locked on the bold words in all caps at the bottom of the screen—BIN LADEN KILLED BY US FORCES. Or maybe it was the fact that my mind was divided between May of 2011 and September of 2001, leaving no room to ponder the blond-haired little girl who entered and sat beside me. Her eyes were puffed, sleepy. She yawned.

I remembered asking myself that very question almost ten years ago—Who is bin Laden and what has he done and why Jesus, why?—sitting on the edge of my bed in my bathrobe, just sitting there. Staring at burning buildings and soot-covered people who were bleeding and shaking and crying. I knew they were the lucky ones. The ones jumping from the upper floors of the Towers, choosing death by gravity over death by fire, they were the unlucky ones.

“Remember those men we see at the beach sometimes?” I asked her. “They killed him.”

She yawned again, a high-pitched, little-girl exhale that ended with, “What did he do that was so bad?”

I saw those soot-covered people again, the bodies falling. I remembered the panic that day, of fear and uncertainty so overcoming it could only be expressed in silence. The little girl beside me was in her mother’s womb then. Sitting on the table beside me were her first ultrasound pictures. I remembered looking at the screen and looking at the pictures and—God help me—wishing she would not be born into such a world. That she would be spared of such evil.

“He killed a lot of people.”

We sat in silence as the people talked on the television, relaying the events, the soldiers involved, the particulars of the raid. When they described the death, my daughter asked, “What’s a double-tap?”

“Nothing,” I said. She was too sleepy to notice my smile.

The picture on the television changed to scenes from the night before. Crowds outside the White House and in Times Square. People chanting and singing and laughing.

She asked, “Why are those people happy?”

“Because the bad man is dead.”

Another yawn, this one smaller. She put her head on my shoulder and I wished it could just stay like that forever, us there and the rest of my family close, the birds singing outside and the sun rising over the mountains.

I didn’t know how to answer that. I told her so.

“Yes. If I could, I’d shake the hand of the man who killed him.”

She didn’t know how to take that, this little girl, who’s world is small and bright and populated by fairies who alight around her room nightly as she sleeps.

“Shouldn’t we be sad when even the bad man is killed?”

I wondered, my mind divided again between the present and the past, between feeling the little girl’s head on my shoulder and seeing her still-forming head in a grainy picture while the planes fell and the people cried and the whole world seemed to end. I wondered what has become of us since, of those who wish nothing but death on our enemies and those who would rather bow than fight. I wondered of those who believe it wrong that Gandhi should reside in hell, and I wondered if they believe it equally wrong that Osama bin Laden should reside in heaven.

And I still don’t.

But I know that my daughter will grow up. Her small and bright world of fairies will one day become a big and dark world full of monsters. Monsters like him.

She yawned once more, her hand now in mine. I thought of these words from George Orwell: “We sleep safe in our beds because rough men stand ready in the night to visit violence on those who would do us harm.”

I don’t know if God expects me to be sad, but I know I am not.

And I don’t know if He expects me to make peace with the monsters, but I believe He would rather we fight them. 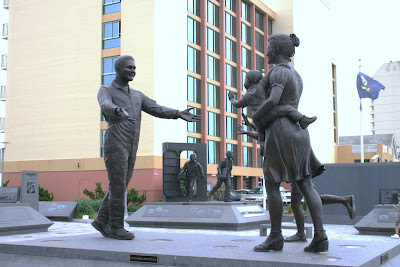 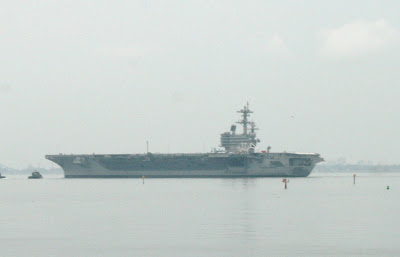 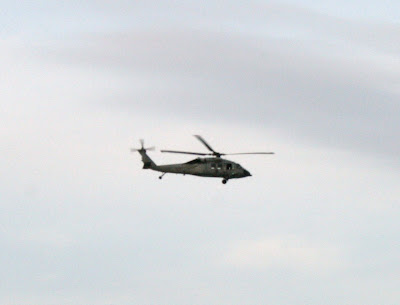 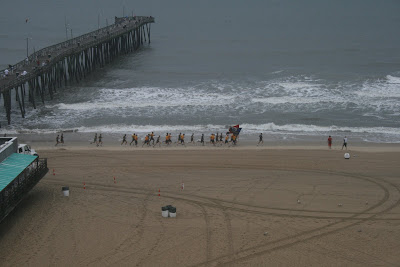