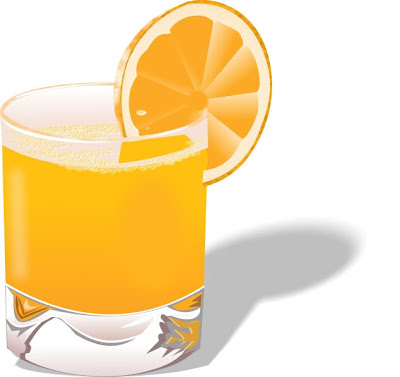 My family keeps a steady supply of orange juice on hand. Not the kind in a carton or a jug, though. The kind from concentrate. No other form is allowed. My rules.

My mother always had orange juice concentrate in the freezer. Easier on the budget, she said. And though my childhood interests tended to involve things far away from the kitchen, I was always around when she made orange juice. The process amazed me.

One frozen tube, small enough to fit into my tiny hand, suddenly transformed into an entire pitcher of juicy goodness? Simply by adding some water? To most, it was a powerful example of human ingenuity endeavoring to make the world a simpler and more orderly place. To me, it was a minor miracle.

Though water seemed to be the magic ingredient, I always thought it an unnecessary step that took a bit away from the finished product. Why bother? Water didn’t taste good. It didn’t taste at all. On the other hand, the stuff in the tube had to be loaded with taste. Sweet, with just a hint of sour. Delicious.

So why not forget the water all together? Why not just serve it right out of the tube?

According to mom, that wasn’t such a good idea. Concentrate on its own was awful, she said. It was too sweet and too powerful. That’s why water was the magic ingredient. It diluted the concentrate and made the juice drinkable.

I never bought that.

One day, alone in the house, I decided to see if she knew what she was talking about. I climbed up on a chair, took the concentrate out, and peeled off the cover. After a few minutes of letting the orange goop thaw in a bowl, I sniffed and smiled. Heaven awaited.

Thinking back, I probably should have taken a sip. Just in case. But I didn’t. I took the biggest gulp I could. Swallowed half of it, too. The other half was launched right back out through a retch that spewed the juice through my mouth and nose and left me teary eyed. I coughed and hacked and, for a moment, almost blacked out.

Mom was wrong. The concentrate wasn’t awful. It was worse.

How could something be so sweet and have too much taste to drink? And how could diluting something so bad make it so good? It didn’t make sense then.

Because I’ve spent years wanting a concentrated life. Years on my knees, asking God to help me be and do more. My days were filled with too many mere moments. I wanted defining ones. Moments that lifted me up and rescued me from the hum-drum of life.

And there have been some, to be sure. Like the moment I met my wife. Or when I first held my children. Or the moment I knew beyond all doubt that there was a God Who loved me. But those moments have been surrounded by years of seeming nothingness, when the days seemed to drift by rather than stand out.

I hated those times. A waste of living, I thought. But I’ve learned to think differently. I’ve learned that we may be proven in our defining moments, but we are made in our quiet ones.

Drinking life right out of the tube would sooner wear us down than lift us up. Rather than enjoy its taste, we’d spew it out. It would be too sweet and too powerful to swallow.

Which I think is why God in His infinite wisdom gives our greatest blessings to us over time rather than all at once. Why our days seem to have much more of the same old than the different new. Time, I think, is the magic ingredient. It waters things down. Which is why the wait we mourn for the dreams we have may in fact be His greatest gift.

It makes the living more delicious.