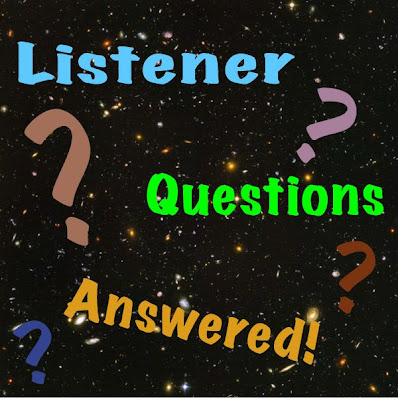 Just in case any of you are late to the party, you can catch up on the first round of relatively painless questions here. And I’m kidding when I say relatively painless. I’m not sure what I was expecting, but you folks have been easy on me. One quick thing, though. If you emailed me your questions, could you do so again? Because for reasons I’m still trying to understand, the email monster ate them last night.

Okay, let’s head back out onto the porch and split a pitcher of iced tea. You do the asking, and I’ll do the telling…

Jill, who blogs at Forever n Ever n Always, asked, “I too would like to know how you found Jesus?”

I started writing the answer to that last night, Jill. That’s maybe the toughest question I’ve gotten so far because it’s the most personal story, and it’s pretty intense. But after a lot of typing and a lot more backspacing, it’s coming along. I’ll have it up Saturday.

Warren Baldwin wanted to know about my job: “You’ve mentioned that you work at a college. What do you do there? If you teach, what subjects? Do you teach a Bible class at your church?”

I don’t teach a Bible class at church, though I think I’ve come along far enough to be comfortable talking in front of a group of people. It’s easy for me to open up in front of a computer screen. Not so easy in front of others. I guess that’s why I’m a writer instead of a public speaker.

I always wanted to be a college professor, but they usually only let you do that if you have a college degree. I don’t. I got a little lost after high school and did give higher education a try, but I discovered that for me, for me, I could learn a lot more about life by walking around in the mountains than I could by sitting in a classroom. But that was twenty years ago. College is a lot more important now than it was then.

As far as my job, I supervise the campus postal service. And yes, it is just as exciting as it sounds. But it gets me out in the sunshine, keeps me in shape, and gives me a daily view of both life and people. I’ve gotten a lot of stories on my daily walk of five miles or so. I’ll take it.

twofinches at Girl in a Glass House asked, “What moved you from loving to write to ‘being a writer’?”

A letter from Allison. And if anyone out there happens to know her, ask her to email me. I’ve been waiting about twenty years to tell her I’m sorry.

Julie over at Jewelz Sightings asked something similar: “What are some prominent moments in your journey with God? Is there a transforming moment you will never forget, other than your receiving the greatest gift of all? Some of the questions others have asked I’d like to know too. Have you always lived in the Blue Ridge mountains?”

Last question first: if you stand in my front yard and turn left, I was born about twelve miles that way. If you turn right, I grew up about five miles that way. So yes, much of my thirty-six years has been spent within a twenty-mile radius. My sleepy little town isn’t as sleepy as it used to be, but it’s still home and always will be. The only way I’d leave is if I could move up into the mountains and look down on it every day.

There have been so many prominent moments in my journey with God. I’ve walked away from Him many times thinking I knew better than He did, only to find deserts where I thought there’d be oceans. I’d realize then that I had to turn around and walk back to Him, and I’d also realize it would just be too far for me to go. Thankfully, each time I turned around to see that He’d been walking right there beside me the whole time.

As for the transforming moment, I hate to do this again, but Saturday. Promise.

KM at gzusfreek asked, “Do you have a favorite author? a favorite celebrity? Do you write short stories? If you could be one of JRR Tolkien’s characters, which would you be?”

Wow, favorite author. I own every book C.S. Lewis wrote, and any one of them is always on my bedside table. But honestly? Since finding the big stuff in the small stuff is pretty much everything I write about, my favorite authors wrote more for kids than adults. Antoine de Saint-Exupéry, Dr. Seuss, and A.A. Milne were geniuses in my opinion. I read Winnie-the-Pooh to my kids at night as much for my benefit as theirs. And don’t snicker, because last night Christopher Robin said this: “If ever there is a tomorrow when we’re not together, there is something you must always remember. You are braver than you believe, stronger than you seem, and smarter than you think. But the most important thing is, even if we’re apart…I’ll always be with you.”

A favorite celebrity? I hope musicians count, because to me Brad Paisley is my long-lost brother. One of the alumns from the college has her own catering business in Nashville, and she had to take a bunch of food up to his cabin for a party. She pulled up, and he pulled up beside her. On his tractor. He wiped off his hand, shook hers, and then carried everything into the house for her. More celebrities need to be like this. More people need to be like this.

I don’t write short stories, though I’d like to give it a try. And as far as being one of Tolkien’s characters, I’d love to say I’d be Aragorn. But I’m pretty flawed in a lot of ways despite my efforts, so I’d say I lean more toward Boromir.

Lianne stopped by not once but twice to ask me questions. She’s too nice to for me to call her nosey though, so I won’t: “Do you have a really great memory, or do you jot down all these wonderful conversations that you have that lead to these awesome posts? Which leads to…Do you really have all these wonderful conversations? How much “embellishing” do you do? (I can’t believe I asked that last one. Please don’t un-follow me. 😮 )” And then, later: “Boxers or briefs…NO! Don’t answer that! Just kidding!What’s under the hat? That’s what I want to know. Purple mohawk? Buzz cut? No hair? Jennifer Aniston haircut? I NEED to know. :)”

Two kids will shoot whatever memory you happen to have, which is why I carry a notebook with me wherever I go. Even when I’m in the house. A good idea tends to disappear on you going from the living room into the kitchen.

Under the hat? Buzz cut. Sorry to disappoint you. I was flirting with the Jennifer Aniston haircut for a while there, but then I’d have to get out of bed earlier.

As far as embellishing goes, it’s a question I’m asked often. I get a lot of “Is this going to be in your book?” Ordinarily you would expect such an inquiry to be expressed with an air of hopeful optimism. You would perhaps think that people would want to be mentioned in print. But not in this case. Usually, the question is followed by some threatening declaration like, “Because if it is, you’d better leave me out of it.”

It is an understandable reaction among small-town folks. Everybody might know everybody’s business around here, but that doesn’t mean they go around talking about it, and it really doesn’t mean they write it down for the whole world to read.

So this is what I tell them: let me tell the story. What happened and Why it did are my interests. Who and When and Where usually aren’t. There is Truth, and there is truth. I’m much more interested in the former than the latter. So I promise that I’ll wobble things enough to protect any innocence. Or guilt, for that matter. That way I can say what needs to be said without having half the town coming up my driveway with pitchforks and torches, and they can continue to remain anonymous. Win-win, I say.

Okay, let’s stop here. I’m really liking this, and I hope all of you are, too. Why don’t you meet me back here on the porch in the morning? I’ll make extra tea.