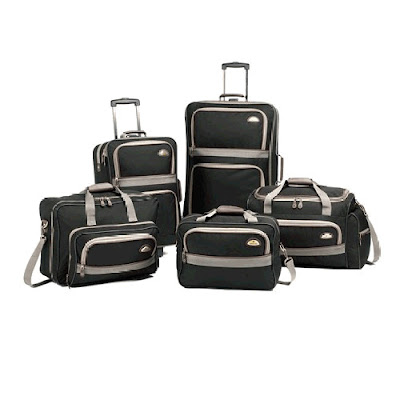 Though my job is a relatively peaceful one, that’s not generally the case this time of year. Students are returning after their three-month vacation, bringing with them a bevy of noise, confusion, and above all, questions.

Most are straightforward: “How do I send mail out?” “Where is the academic building?” “Is there anything around here to do other than stare at the mountains?”

Others are a bit more complicated and require a good deal of thought in order to correctly answer. Like the one I got yesterday when the phone rang.

“Hello,” the voice said, “my daughter is an incoming freshman, and I was just trying to make sure she has everything she needs before she leaves here.”

“I think you want the Student Life office,” I answered.
“Oh,” he sighed, “my apologies.”

“No problem. Hang on and I’ll get you their number.”

“Uh…” he started, then stopped.

I smiled into the phone. “I can understand that,” I said. “Got a daughter of my own. She’s only seven, but she’ll be seventeen before I know it.”

We said our goodbyes and I hung up, trying to busy myself with the tasks of the day. But our conversation lingered and refused to be pushed away by the other phone calls and questions that followed.

In my experience, it was the mothers who seemed to be fine with their daughters going to college. Sure, there were tears and the wringing of hands. But they seemed to more easily share a sense of excitement with their children. They had mothered their daughters for seventeen years, and now was the time to push them out of the nest and see if they could fly.

It was the fathers who had such a tough time. They were the ones unpacking cars and walking around campus with a how-did-this-happen-so-fast? look on their faces. Not yet accepting of the truths of both time and reality, they were fighting the battle letting go and hanging on. This experience may have been a wonderful beginning for their daughters, but it was a bittersweet ending for them.

It wasn’t that they didn’t trust their little girls. They did. And it wasn’t that they were not excited for this new phase of their children’s lives, because they were. No, what bothered them was what was bothering the man who had called me earlier. They were trying to ease their worries. They were trying to convince themselves that their daughters had everything they needed for college.

And the man on the phone was right. His little girl needed much more than new clothes and a computer to get through this new phase of her life. She also needed what we all need when going somewhere both scary and new.

If I could have had that conversation over, I would have told him to make sure his daughter packed plenty of courage. Leaving the familiar for the strange is tough on most of us. There were always those students who discovered how tough it was to walk the tightrope of college without the safety net of parents. Courage would allow them to look ahead instead of down.

And I would have told him to double up on love, because no matter how all-knowing and confident his daughter might seem, inside she was still a little girl who would always need the approval of her father. She couldn’t take her home to college, couldn’t take her neighbors or her friends. But she could take the love of those closest to her, and that would be enough. Because love is really all you need.

Faith, too, would be important to send. Not just faith in herself, her abilities, and the choices she’s made, but faith in God. Because if God is needed anywhere, it’s on a college campus.

And there were other supplies he could send too, things like determination and perseverance and joy. Curiosity and hope and openness.