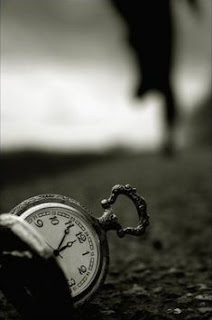 You don’t expect one of life’s biggest lessons to come when you sit down on the sofa. But I guess that’s when most of them come—when they’re unexpected.

Long day at work. Much to do and get done that, thankfully, did. My reward? Thirty minutes on the sofa with a good book (has anyone read Walden since high school? Trust me, it’s better the second time around). With dinner consumed and family gathered, I grabbed my book, turned around, and sat.

And as I did, I grunted.

It was a low grunt, more of an “Aaah” than an “Oooh”, but the proper pronunciation didn’t matter. I had never made a sound like that before, and it bothered me.

My children kept playing, oblivious to the noise I had just made. My wife, however, did offer a sideways glance from the recliner beside me. What was that? the look said. I ignored her because I didn’t have an answer.

I wasn’t tired, wasn’t sore, and wasn’t sick. I was just ready to sit down for a while. Nothing more than that.

The fact that I am thirty-six going on forty crossed my mind. I normally don’t consider my age, really. How I feel physically has always been more important than any number. Lately, however, my thoughts have drifted once or twice to the fact that I may very well be nearing the halfway point of my life. It’s a point that was driven home by a recent email from a high school classmate: “Can you believe it’s been nineteen years?” she said. No, I couldn’t. I knew it’d been a while, but I didn’t know it had been that long.

Time is an elusive thing. It creeps while we watch over it, yet seems to speed by when we have other things on our minds. Our days, too, can easily be transformed from individual periods of twenty-four hours to one lump of events that have no distinct beginning or end. Don’t pay attention to your life, and things tend to unravel. That’s how you can be changing your children’s diapers one day and attending their wedding the next. Or how nineteen years of post-high school life can seem like mere months.

That was what my grunt was all about. It was a signal, whether given by God or my own physiology, that the clock that keeps the time of my life never runs slow. That it keeps chiming whether I hear it or not.

I see my children and their abundant energy, their unquenchable desire for much and more. They play and wonder and explore without tiring, unlike me. I honor that part of them. I encourage it. But I have found a peace in where I am, and do not envy them.