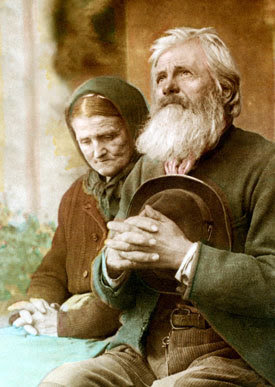 My post last Thursday about my college friend and her professor seemed to touch a lot of people in much the same way it touched me: a mix of shock and confusion for the professor, and much love and encouragement for my friend. A lot of you wrote and said to make sure I passed along what sort of grade she received for her final exam. And since I’m not one to pass up a request from you wonderful people, that’s just what I’ll do.

I’ll recap in case you either missed the post or have forgotten about it:

I have a student worker who is a fantastic young lady and has managed the feat of maintaining her Christian faith through two years of college. She took a class titled Christian Scripture (New Testament) 102 this spring, thinking it would be an easy A. It wasn’t. Her professor, who is also the college chaplain and pastor of a local church, told her the class wouldn’t mention Jesus, since she didn’t consider Him to be an integral part of the New Testament. Worse, the professor/chaplain/pastor told the class that she had yet to reach the point in her life that she could accept the existence of God.

The class’s final exam consisted of writing an ethical will. The question: which of your traits would you leave to your friends and family?

My friend left her love to her mother, her strength to her father, her hope to her brother.

And her faith to her professor.

I wrote that God had given her an A, and she agreed with me. But she also said that unfortunately what God says doesn’t usually apply when it comes to higher education nowadays, and she was nervous about her grade.

She got her grade three days ago. It was an A.

The only comment the professor gave was that she had spelled a word wrong. Which word wasn’t specified. I suggested that maybe it was “faith” and she had actually spelled it right, but it was such a foreign word to her professor that she marked it as misspelled.

I’m not trying to be hard on this professor. I just think that if you’re going to accept the positions of college chaplain and pastor, you should probably be pretty straight on what you believe and what you don’t. But I understand her questions. I do.

I have some myself.

It’s hard to look at this world and not wonder about what God is doing and why. Hard sometimes not to have a sneaky suspicion that He’s either not paying attention or doesn’t want to.

I don’t mind saying that.

And I’m not alone in sometimes feeling it, either.

Want proof? Someone once said this: “The damned of hell suffer eternal punishment because they experiment with the loss of God. In my own soul, I feel the terrible pain of this loss. I feel that God does not want me, that God is not God and that he does not really exist.”

We all struggle with the big questions sometimes. And sometimes that struggle is never-ending. It ebbs and it flows, but never dissipates. Mother Theresa fought that struggle for nearly fifty years. It was always there, churning and bubbling and tossing her back and forth.

Always there. But for a reason. Those dark nights of the soul bring a new day of faith. Holiness springs from the seeds of doubt, growing and flowering so that the weary may rest in its shade.

As for my friend the college student, she’d like to thank you all for the comments you left and the prayers you promised her. She was stunned that so many people from so many places would take the time to stop what they were doing and offer a few words of encouragement and thanks.

And I’d like to do the same. Because I’m stunned that you do that for me, too.