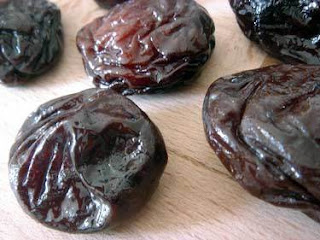 There were prunes in the fruit salad.

I peered down into the large bowl of Jell-O and fruit, unsure of what to do. I’d never been faced with this sort of situation before.

At six, I felt I was though I was well on my way to adulthood. I could tie my shoes, count to ten, and say most of my ABCs. I no longer slept with the night light on, and I no longer harbored any fanciful misgivings of monsters in my closet.

But more than that, more than all of that, I had been recently indoctrinated into a language used by adults only, the sort of words that were only bandied about far from innocent ears.

I’d learned to cuss. And very well, I might add.

I knew them all courtesy of my next door neighbor, a ten-year-old boy who as far as I can imagine is now either incarcerated or worse. But he was cool back then, cooler than anyone I knew, and I wanted to be just like him. Told him so, too. Cussing was part of my education, and it was powerful stuff.

I kept my secret knowledge safely tucked in the back of my brain until one of the words escaped my lips in the worst place possible: my grandparents’ house. There are a lot of things you don’t do when you’re in the company of your grandmother, and there are a lot more you don’t do when your grandmother happens to also be Amish. Cussing, I found, ranked just above killing kittens and just below denying the reality of an Almighty God.

The exact situation escapes me, though I remember it was an argument in which she told me to do something, I said I didn’t want to, she said she would tell my mother, and I said, to quote, “I don’t give a $@!#.”

To make matters worse, the word I had chosen to employ was the mother of all curse words, the one my next door neighbor had dubbed “the Big One.” Guaranteed to provoke a reaction.

And there was a reaction.

Grandma stood dumbstruck for three full seconds, upon which she bent down, grabbed my ear, and drug me across the kitchen floor and into the corner, where I remained for most of the day.

I dared not turn around, either. Not when the pots and pans were crashing, not when she began pleading for my eternal soul. Only when lunch was ready hours later did she tell me to sit.

“Enjoy your food,” she said, and nothing more.

Jell-O salad. Yes! My favorite. As smooth as glass on the top and bottom, with fruit defying gravity in the middle, suspended in an ocean of transparent red. Maybe she wasn’t so mad after all. Maybe she would let bygones be bygones and we could put the whole thing behind us.

Because there amidst the bananas and pears and pineapples, there were prunes. And everyone knew I hated prunes.

“It won’t do any good,” I answered, sniffing the bowl. “The whole bowl smells like prunes. Even if I took them all out, it would still stink.”

“Hmm. “You’re right. What a shame. I know how you like your Jell-O salad.”

We sat there, silent. Then she said, “Where did you learn that word?”

“Friends don’t teach you things like that,” she said.

“Do you know what you said was wrong?”

She tapped the bowl in front of us. “Because you’re like this Jell-O salad.”

I did though, for a while. I said and did plenty of things I had no business in saying and doing. But I know better now. Grandma was right. Once you let something into your heart, it’s there for good. Whether that thing is destined to be a joyful remembrance or an unbearable regret, we commit our very souls to the choices we make every day. And there they will remain, for good or ill, as a record of the worthiness of our lives.