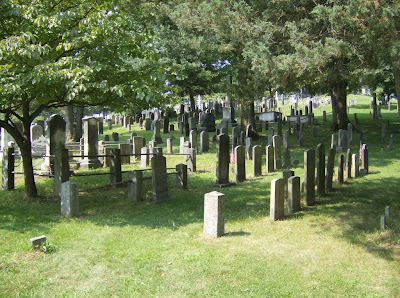 The division of Helen Long’s estate was fairly straightforward. Her two story Cape Cod was to be sold and the proceeds divided between her daughter, Tina, and Mark and Matthew, her two sons. Personal items that held sentimental value were evenly distributed, stocks were liquidated and moved to provide for the grandchildren’s college education, and the vacation home in the Outer Banks was to be shared by everyone as a way to keep the family from drifting apart.

That last bit wouldn’t happen. Not to Helen Long’s family. She had spent too much time and given too much effort in keeping her family together to have them fall apart once she was gone. It was her mission in life, her purpose, and she could think of no better goal to devote her life to fulfilling.

She had done a good job, too. Having your last remaining parent pass away can bring out the worst in families, but this wasn’t the case for the Long family. In the months between the news that Helen’s cancer had spread and her death, she took great pains to ensure everything would go as smoothly as possible.

Funeral arrangements were made. Last minute bills were paid. And though Helen didn’t frequent church nearly as often as her children, her pastor visited often in the last weeks.

In a way, Helen’s passing was to be her crowning achievement. She, not her husband, had kept the family close over the years. There had never been rifts or disputes between the kids, never so much as an argument. Her dying wish was to keep it that way, to give her family something that would allow them to remember their mother’s love. Even in death, Helen would teach them.
And oh, did she teach them.

The funeral services were handled with both precision and ease. There was sadness, much sadness, but there had been ample time for goodbyes. Mark, Matthew, and Tina held their own. Even the grandchildren didn’t cry. The pastor himself said it was one of the most peaceful funerals he’d ever presided over.

When the lawyer called a week later for the reading of Helen’s will, it was only the children who attended. Their spouses and children didn’t feel a need to play referee or look after the best interests of their mates. After all, everything had already been settled. Everything would be fine.
They were right about the former assumption. The latter, not so much. Because while Helen had included her children in all of the planning, she neglected to mention the letter.

The lawyer presented the envelope to them and asked that they verify it had not been tampered with. Tina gave a sideways look to Matthew, who echoed it to Mark.

The lawyer lifted his reading glasses to his eyes and leaned back in his worn leather chair as he carefully slit the envelope open, revealing a single sheet of paper upon which a single paragraph had been written:

Do not mourn for me because I will not know it. I’m gone. That’s it, just gone. Don’t go fooling yourselves into thinking that I’m sitting on a cloud somewhere with a smile on my face and wings on my back, because I’m not. I’m dead. There’s nothing after this life, so remember what I always told you—all you have is each other.

For the first time since her mother’s death, Tina began to cry.

Helen’s three children sat silent as the lawyer then proceeded to review the contents of the will, all of which didn’t matter before the letter and only mattered less after. Because the money and the trinkets and the vacation house wouldn’t make up for the fact that they would never see their mother again.

All this time, and they never knew. Tina and her brothers all attended church regularly, and they all were certain of their eternal home. They simply took it for granted that Helen was certain, too. After all, she had sat beside them many times in church.

But neither of them had ever bothered to make sure. They never asked that question. And now, suddenly, it was too late.

Two years after her mother’s death, Tina still carries that letter tucked inside a pocket of her purse. She showed it to me last week. The ink was worn and the paper crumpled, as if it had been thrown away and reclaimed time upon time.

I don’t expect she will. I wouldn’t, either. Tina still carries the burden of never asking her mother if her soul was secure. She holds out hope Helen’s mind was changed in her last minutes of life. That the letter was written in a bout with hopelessness and despair that was lifted in that last breath, and she will see her mother again.