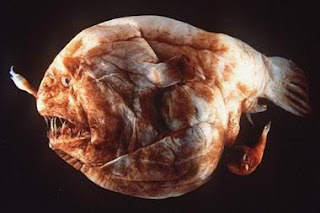 I was about six years old when my father looked at me during an episode of Wild Kingdom and said, “For the love of all that is holy and good, please shut up!”
Not that I was a talkative child. I wasn’t. And still am not. But I was in the midst of something amazing, and it had no choice but to leak out. Before, my universe in its entirety had been comprised of my home, my neighborhood, my church, and the grocery store. Everything else was fuzzy and gray and didn’t really matter. And I was happy.
But then things changed. At some point I sat in the backyard grass one night, gazed up at the stars, and began thinking about what they were and how they hung in the sky. And one day I looked at the mountains outside my front door and thought about who lived there a hundred years ago and what happened to them. And then I looked into the mirror and wondered, in my own childlike way, who I was and how I was possible. My world was creeping outward. Expanding. Suddenly, everything went from fuzzy and gray to bright and sparkling. And I was happier.
I had stumbled upon wonder. And it was expressed in my new favorite word:
Why.
As in, “Why do the clouds look like rabbits and spaghetti, but not clouds?”
Or, “Why does God live up in heaven when all of us are so far down here?”
Or, “Why do some people go to church and some people don’t?”
And on. And on.
This was at first an encouraging sign as far as my parents were concerned. I was waking up to the world and taking an interest in things, which was good. But as the days and weeks wore on and my questions not only kept coming but became more difficult to answer, they came to believe that perhaps my wakefulness and interest weren’t so good. Weren’t so good at all.
They’ve confessed as much to me, so now I understand the whys and for-whats of the day I watched Wild Kingdom with my father.
The episode was about creatures of the deep sea, and along with the requisite slugs and shrimp, they had shown several pictures of angler fish.
I had wondered aloud why there were a lot more fish in the sea than there were animals on land. And I had also wondered aloud why we had to send submarines to the bottom of the ocean instead of people in suits.
Then I asked this: “Why did God make that fish so ugly?”
“For the love of all that is holy and good, please shut up!” Dad said. Which was about the funniest thing I had ever heard. I laughed so hard that I fell off the sofa.
<><
Tonight I sat with my own son on our own sofa, eating crackers and watching a recorded episode of Planet Earth. After five years of living, his world is beginning to expand just as mine did. And like me, his favorite word is now “Why?”
Sigourney Weaver had just transitioned from sharks and whales to the creatures of the deep sea. Several bioluminescent fish lit the screen, tiny shrimp scurried along the sea floor, and then an angler fish crept into the scene.
My son said through his crackers, “Why did God make that fish so ugly?”
That’s when I remembered that story of Dad and me. And as I had spent the last twenty minutes answering my son’s questions with varying degrees of success, a part of me wanted to tell him the exact thing my father told me. But when I looked down and saw the grimace on his face and the tiny pile of cracker dust on his pajamas, I didn’t see my son. I saw me. And then I doubled over with laughter and fell off the sofa.
Much the same way I did thirty years ago.
My son peered down over the edge and gave me a what’s-so-funny? look.
“Atta boy,” I said, looking up to him.
Because I pray the wonder he has at this world and his place in it never wanes. It’s the sort of wonder that has cured diseases and explored our solar system and invented wondrous technology. And it’s also the sort of wonder that God bids us to have in abundance.
Number one on His top ten list of things He wants to hear is “I love you.”
Number two is “Why?”
My friend Jennifer Lee keeps a folder on her desk that’s full of questions she wants to ask God one day, things she’s struggled to answer but cannot. I think that’s a good idea. Not just to keep them, but to add to them.
Because if we want our faith strengthened, it must be tested. And if it’s truth we seek in this life, we must begin with doubt. The Christian faith is unique in that it centers itself upon a God Who revels in both the faith that lives in our hearts and the questions that live in our minds. He challenges us to ask the tough questions and seek their answers, even if some are unsearchable. He knows the great secret: the more we try to prove Him false now, the more we’ll prove Him true in the end.
God cannot be proven in a laboratory, but He can in us. We can know He’s there, that He’s paying attention, and that despite what we think or hear or see, He has something wonderful waiting for us on the horizon. And all He asks in return are three things:
That we hang on.
That we believe.
And that we wonder.