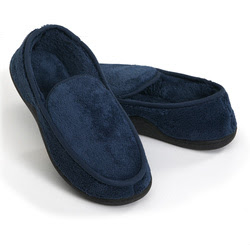 No one is happier than I to see spring finally entrench itself into this year. I am not a fan of winter, of cold mornings and colder nights and darkness at four-thirty in the afternoon. Ba. Humbug.

We are in the main course of May now. The robins have returned outside my living room window, the trees in the yard are heavy with leaves, and I’ve cut the grass three times (a magnificent task, by the way. You learn a lot about God by mowing the yard. Another story for another time, though).

But even with sunshine and seventy degrees here in the valley, the tops of the mountains outside my window were clouded in snowfall just a few weeks ago. I was here, winter was there. And as I looked at that cold, angry storm, I knew it also saw me. Snarling, “I can come down there too, you know. I’m not done just yet.”

Which, ironically, was fine. As anxious as I was to put away the snow shovel and bring out my softball bat, I wasn’t so sure I wanted the cold weather to go away. Because even though spring meant birdsong and porch swings and windows-down-radio-up, it also meant I would have to put away my new slippers.

That they had been on my feet daily since Christmas, gently warming my toes and therefore my very heart, is an unlikely thing for me to say. I’ve never been a slipper guy. They’ve always seemed so un-me, so…girly.

Not that there’s anything wrong with that.

When I unwrapped them last Christmas morning, my wife asked me to just give them a try. “Please,” she said, emphasis included. Not because I wanted them, not even because I thought I needed them. But to, in her words again, “Finally get you to shut up.”

I love my wife.

You see, the floors in our home were cold. Very. The frigid temperatures coupled with an unwavering determination to cut down on the gas bill kept our thermostat at a barely tolerable sixty-eight degrees this year. By November, I was chilly. By December, I was a Popsicle.

It was easy enough to throw on a sweatshirt or a thicker pair of jeans to make things a bit more comfortable, but that did little to improve the condition of my feet. I tried wool socks, which did the trick so long as I stayed on the carpet in the living room. Venture out from there and onto the hardwood floors of the rest of the house, though, and it was like an ice rink in both temperature and friction. I almost broke a leg one Saturday afternoon carrying a bag of carrots into the kitchen. Almost died from hypothermia waiting for someone to help me, too.

Stupid house, I thought to myself. Stupid cold house with its stupid cold floors. Why didn’t we buy a house with a fireplace in it? Or two fireplaces. And radiant heat in the floors. Oh, yeah. That would be nice. Radiant heat…

Those thoughts were translated into words later on to my wife: “I hate living here, and I hate our life.”

She looked at me, puzzled. What in the world had brought this on? she wondered. Has something terrible happened? Has he finally cracked?

“What made you say that?” she asked.

Which brought about an even more puzzled look.

But it’s like that with us, isn’t it? We all have the unique talent of turning small inconveniences into major problems. And while I spent months believing that the source of my trouble was a drafty house, the truth was that it was something much closer.

The trouble wasn’t the cold floors. Not the weather, either.

The trouble was me.

There is a lot in my little world I pray that God will change. “Give me more and give me better,” I ask Him. I wonder sometimes if He’s not saying the thing to me.

I wonder if rather than making the rain stop, He’d rather just give me an umbrella. Because you have to learn to smile in the rain as much as you do in the sunshine.

Or if rather than making me comfortable, He’d rather leave me uncomfortable. Because that’s when I learn the most.

Or if rather than giving me a nice warm house, He’d rather just give me a pair of slippers. 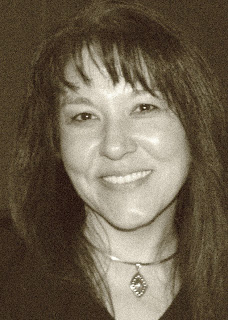 P.S. – katdish over at Hey look, a chicken! has been kind enough to offer me a guest appearance on her blog every Monday. Nice of her, isn’t it? So why don’t you follow me over there, and I’ll tell you how I learned to live in awe again…