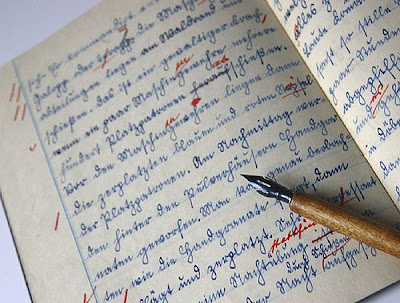 The bedtime story is a given in our house, an activity that has evolved into a ritual. And I don’t mind. Not really anyway, provided there is enough time. Reading a story to my children is an event unto itself more than a bridge to travel from awake to asleep. Not because of the telling, but because of the question-and-answer period afterward.
Because to them, a tale cannot end. My children are still too young to understand the mechanics of a story, of the introduction, the rising and falling action, and the resolution. They enjoy all but the last. So after every knight slays every evil dragon and saves every damsel in distress, the inevitable question is always asked:
“What happened then?”
To simply say, “Nothing, that’s just the end,” won’t do. I’ve tried that, and to unsatisfactory results. So I have to come up with something else.

Like maybe the dragon’s mother comes and swallows up the knight as punishment for picking on her poor dragon baby. Or the knight and damsel got married and both had to get a real job to pay for the mortgage on their castle. Or that either the knight or the damsel was a witch in disguise all along and the dragon was the good guy.

And if that doesn’t work, I’ll get tired and say something like, “The dragon stopped chasing after knights and damsels and started eating little children who refused to go to bed instead.” That usually does the trick.

But I can’t blame them. Fairy tales capture us early in life. They speak to some hidden inner part of us longing to bring life into a clearer focus. They teach us impossibility is simply a word rather than a truth. Stories allow us to indulge in a freedom our circumstances often do not.

And that, I think, is why the ending is so important to my kids. To them, a story must end in the right way — with the maximum amount of happiness and the minimum amount of pain. No one should die, for instance. Not even the villain. It’s better if the bad guy just got hurt a little, which convinced him to mend his ways to the point where he became a good neighbor to the knight and damsel. Even at their young age, my kids already know the story continues. Something else always happens.

Yes, that is a bit simplistic, especially in such a complicated world. But in that simplicity are the seeds of a knowledge I see sprouting in my children. A knowledge I think everyone should realize more often.

We are all writing our own story.

Our days are our pages, filled with our triumphs and failures, our big moments and our small hours. Sometimes we write with passion, other times with doubt, and many times with both. But still, we write. Whether we know we are or not, whether we want to or don’t. Even making the choice to say nothing says a lot. God provides the paper and the pen, but he expects us to do the telling. Our story is ours and ours alone. He’ll do the editing when we’re done.

We don’t have a choice in that. We do, however, have a choice in what sort of story it will be. Drama or comedy? Fairy tale or tragedy? Romance or horror? That’s largely up to us. The quality of our lives can be determined by whether we regard the next chapter of our lives with hope or dread.

Maybe that’s why the ending is always the most important part. Because all the pain and suffering in a story is worth it as long as the last three words are “happily ever after.”

There is an innate human desire to possess the faith that if you hang in there long enough, things will work out in the end. I happen to think that’s true. I might be a grown man, but a part of me still believes in those fairy tales. And always will.

(This piece was first published as a column in the Staunton, VA News Leader)