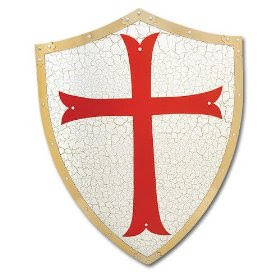 “Leave me alone, you freakin’ nut!”

A young lady at the mall. To me. Spoken in an angry and sneering voice that stops everyone else coming and going through the doors. People are spectacle-driven at their core. And this is quickly becoming a spectacle.
My crime, it seems, is that I looked back when I pushed open the swinging doors to the parking lot. Rounding the corner behind me came a blur of a woman. Boots, jeans, and a sweatshirt that announced her attendance at the University of Virginia. Huffing and puffing and mumbling to herself, she had the appearance of someone very late for something very important.
Three giant Gap bags, a pink-striped Victoria’s Secret box, a cup of coffee, a soft pretzel, and a purse were all haphazardly arranged in her arms. She steamrolled toward me while trying to look at the expensive watch on her left arm.
So I exited, stepped to my right, and held the door open with my left hand.
She charged ahead, still trying to check the time and still not quite doing it. Then she glanced up long enough to get a bearing on the door. Which, thanks to me, was already open.
“Excuse me?” she said.
I smiled. She didn’t.
“I got the door,” I said. “Come on out.”
“Don’t you hold that door for me,” she said, eyes bulging. “I am perfectly capable of opening the door without the assistance of anyone else.”
First thought—huh? Second thought—I should have stayed at home.
“I’m sure you can, ma’am,” I said. “But I just thought—”
“I don’t care what you thought! What is this, Big Strong Guy rescues puny woman? Well I don’t need your help, Big Strong Guy. I just need you to get out of my way!”
“Ma’am, I didn’t mean any—”
That was when I was cut off by the “freakin’ nut” comment. Plus a few others I really don’t care to elaborate upon.
Which brings us to the present moment. This lady’s rant has escalated in decibels and language enough to become a very effective attention magnet. Most everyone using the doors pauses to watch the scene. Not that I can blame them. I would stop and watch, too.
“LET GO OF THAT DOOR LET IT GO NOW!!” she screams.
I stand my ground. Partly out of the deep ethical conviction that is at the root of every good Southern gentleman, but mostly because I have decided that no yuppie college liberal with a chip on her shoulder is going to tell me what to do.
“I ain’t gonna do it,” I say.
So she yells more.
About not being a helpless child. About self-reliance and women’s liberation and archaic traditions. She screams and spits like Hitler behind a podium. And as is usually the case with people who shout at me, my eyes glaze and her voice fades into a muffled, incomprehensible voice. Not unlike the “Waa waa waa” used by Charlie Brown’s teacher.
“…and don’t you ever think otherwise, do you understand me?”
No. Not really. But I can’t tell her I wasn’t paying attention. I don’t want to get hollered at again. Besides, I’m getting a little tired from holding that door.
So I take a deep breath and say, as humbly as I can, “Ma’am, I am truly sorry for offending you. You’re right. You can handle this. Please forgive me.”
She starts her rebuttal, but I close the door in mid-sentence. The faces of the men in the crowd around me show a slight sense of disappointment, either because they want to see me wait her out or they want to see me get slapped. The faces of the women are mixed, as if they somehow know there can be no winner here.
Satisfied that she has just won a pivotal battle in the war of equality, the woman adjusts herself, turns around, and pushes the door open with her hip.
Halfway through, she trips.
Shopping bags and coffee and pretzel and purse scatter in all directions, and she hits the concrete with a loud thud.
Silence all around.
The woman sits on the cold concrete, momentarily confused in a heap of freshly stained Gap T shirts and a rather attractive nightgown.
The crowd is stunned at the irony.
And me? I’m barely managing to keep a straight face. Nice? No. Honest? Yes.
Then my Christian guilt kicks in. I should help her up, I think. Jesus would help her up. It’d be a turn-the-other-cheek kind of thing.
But as I take a step toward her, I am met by laser beams shooting from her eyes.
Then again, I’m not Jesus.
From the look of things, none of the other folks still milling around are Jesus, either.
The sudden realization of just how stupid she looks makes the woman jump up, grab her purchases, and scurry off into the parking lot. The crowd begins to disperse, some heading to their cars and others into the mall. One man opens the door for his wife, who laughs as she walks through.
My faith says that I have to love this woman. Whether I want to or not. And I don’t want to. Not at the moment, anyway. But still, the love Jesus says we should all have for everyone isn’t the sort that is a noun. It’s a verb. It means doing. Loving others is more than forgiving stumbles or remembering birthdays. It means caring. And also allowing yourself to be cared for.