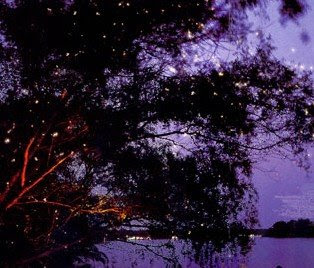 This is by far my favorite time of year, and for more reasons than one. It’s firing up the grill and smelling the grass and taking in a baseball game. Sitting on the porch and getting into the woods and taking down the fishing pole. Sweat and dirt and mud.
Fun? Yes.
But my favorite part of those precious days between June and September is the fireflies. Amazing creatures. As a child I’d spend hours each night chasing them around my backyard, jumping and grabbing and, sometimes, catching. And to be honest, I still do sometimes. Don’t you judge me.
I’ve passed along my love of firefly catching to my own children, who will more than likely be spotted in their own backyard on these warm summer nights trying to catch some of their own.
That’s exactly what they did this past Fourth of July, forsaking the fireworks exploding over their heads for the tiny sparkles of light around them. At first, I couldn’t understand why they did that. But after watching them, I found
The story of what I discovered can be found over at Katdish’s blog. Stop by and tell her hello for me. And when the sun goes down tonight, go catch you some happiness…