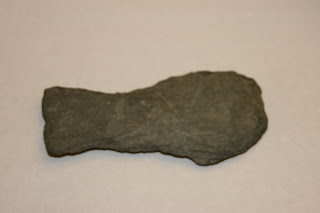 My kids got books for Christmas. For my daughter, chapter books. For my son, nursery rhymes.

Though my daughter is well on her way to fluency in reading, my son is still a little young. I get to read his books to him. One would perhaps think this would be an excruciating experience. After all, how many times can you read about Jack and Jill before you start to throw up a little in your mouth?

All of this reading to my son has put me in a very philosophical mood. It gets you pondering things.

Take life, for instance. You could compare this world to a beautiful stream, big and powerful enough to almost be called a river, but not quite. It winds and flows and no one knows exactly where it begins or ends, just that it does somewhere sometime. It is a grand thing, this stream. Its beauty and wonder can never truly be described, though many have tried.

We are all there on that stream. All of us. And we each have our own boat. Our boats provide us with a place to sit, a roof to give us shelter, and two big, sturdy oars that can take us wherever we wish. Some people think they have a better boat than others. They think their boat is a little roomier and more comfortable. And that’s fine. Others take great pains to decorate their boats. They paint them and varnish them and go to great lengths to make sure their boats are different from everyone else’s. It might seem that is indeed the case, but in truth all of our boats are pretty much the same, and we all have everything we need.

Lots of people don’t like the fact that their boat has oars. They say having oars means you have to try. They disagree with the notion that you have to work to get where you want to go. God should have given us sails, they say. So in their laziness they moan and complain and never use their oars. These people don’t get very far down the stream. Sure, sometimes the current moves them along a little, but mostly they just turn around and around and never really go anywhere.

Other people use their oars as hard and as often as they can. They never slow down. They think the whole point of the boat and the stream is to beat everyone else. They have to win the race, even though no one is sure if there is a race or not or, if there is, what constitutes the finish line. So they row and row and row. And many times, just when they get their speed up, they crash into some rocks or tumble down a waterfall.

The stream might be beautiful, but there is still danger around. You have to be careful. But these people are so focused on being the first and the best that they miss the pleasures of traveling down the stream. They don’t realize that using the oars too much is just as bad as not using them at all. You can’t force your oars. Better was to just go along gently. We’ll all get there eventually after all. Easy does it. Better for the soul, I think.

Other people are more in touch with the situation. They realize that they are going to have to use the oars if they want to get anywhere, so they do. Things are fine for a while, but then they begin to tire out. Using the oars is necessary, they say, but it is also a burden. They, too, forget the fun involved, the pleasures of heading farther and farther down the stream, and their hearts harden. The whole thing becomes work. And it doesn’t seem that they are moving much anyway, no matter how hard they try. The whole boat-and-stream thing is just stupid, they say. They hate the water and they hate the God who put them there. The smile they might have once had is now a frown, and when their boat passes another’s there are no pleasant greetings or warm welcomes, just anger and resentment.

That isn’t the way God wanted us to navigate the stream, either. Sure, it’s hard, but we have to enjoy ourselves. You have to have some fun along the way.

Finally, there are the folks who think there is nothing but the stream. They study the stream, analyze the currents, and theorize about how it all came to be. Their eyes are fixed on what is beneath them, but not what is around them. In all of their pontificating and study, they fail to see what is right in front of them. They travel along with nothing to look forward to. Except, of course, for reaching the end. That isn’t the way to go, either. Dreams and faith and all the other things that no one can see are the most important things when you go down the stream.

I’ve known all of this for a while, but I was never quite sure how to communicate it. Not until the other night. Not until I read:

I’ve had a rocky ride down that stream sometimes, but I’ve always tried to keep rowing. It’s not easy, but then again, the point seems to be not to make things easier, but better. And all the sights along the way make the trip worthwhile.

I don’t fear reaching the end of the stream, either. By that time I figure my arms will be tired and I will need some rest. So when the time comes to put down my oars and get out of my boat, I may just have that wise children’s song on my tombstone.