It’s amazing how many conversations I have with people that end up with them saying, “Well, I’m working on a book, too.”

I met one such person at the local bookstore last week. Nice fella. Rooting around the reference section and about to pick up a copy of On Writing, by Stephen King. We got to talking. Sure enough, he’s a writer. Has two manuscripts sitting in the top drawer of his desk back home. Funky stories, full of zombies and whatnot. They’re good, he promised. I didn’t doubt they were. He has dreams of agents and publishers and auctions and signings, all of which will happen as soon as he sends those manuscripts off. That’s the problem. He can’t seem to get either of them out of the drawer.

I nodded. He explained that deep down, he’s afraid an agent or editor just won’t understand the depths of his writing. I nodded again. Happens all the time, he said, and then he held up the book in his hand and asked if I knew how many times King had been rejected before he made it big, or Grisham, or Rowling. I said I didn’t but guessed it was a lot. He nodded gravely and whispered, “Oh yeah. A LOT. I can’t handle that, dude.”

He bought the book. Saw him in line a little while later, thumbing through the first few pages and nodding as he soaked up Mr. King’s words.

I couldn’t really think bad of him. I was that man once. I think we all are in a way. Doesn’t matter who we are or how old we happen to be, we all have dreams. We might not act upon them, but they’re there. We have all at some point sat in the middle of our lives, looked around, and said, “There’s gotta be more than this.” That’s my theory—none of us really want a lot, we just want a little more than what we have.

But the thing is this: often, that little more we want requires a lot. A lot of risk, a lot of work, a lot of sacrifice. In the end, that’s what separates the ones who manage to reach their goals from the ones who don’t. Sure, talent plays a part. But talent can only get you so far. My friend in the bookstore may be the next Tolstoy, but none of us will ever know. Writing is easy. It’s sending it out into the world that’s hard. It’s wanting it bad enough. And when I come across people like that, I think of Wayne.

I met Wayne years ago at the boxing gym. Huge guy, hands as fast as lightning. While the rest of us were there to get in shape and occasionally get the snot beaten out of us, Wayne had higher aspirations. He wanted to turn pro. And he wanted it bad.

Trained every day. Fought as often as he could. He racked up wins and knockouts, took on ranked opponents, climbed the ladder. His dedication was inspiring. Having him there made me work harder and sweat more. There was no doubt in my mind he’d make it.

Wayne worked construction during the day, said it kept him in shape. He was two months away from the biggest fight of his amateur career when an accident mangled the ring finger of his right hand. The doctor said he’d need surgery, followed by a few weeks of rest. And absolutely, positively no training.

The fight would have to be cancelled. No telling how long it would be to reschedule. Wayne’s dream of turning pro hung in the balance. So he did what he had to do.

He cut his finger off.

Nope, not kidding. Did it himself in his garage one evening. Trained left-handed for the next week, had his fight. He won.

That’s what it takes to succeed. It’s the only way. Doesn’t matter if it’s writing or boxing or college or a new career. You have to want it, and then you have to go get it with a mindset that says you’ll get up every time you’re knocked down. You won’t surrender. Ever forward, never back.

Even if it means losing pieces of yourself along the way. 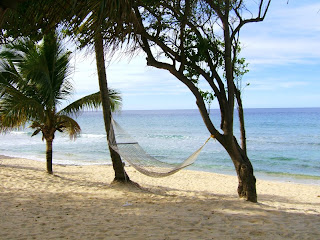 For the last few weeks, various forms of sickness have been playing tag with my family. Last Wednesday, I was It. Before that, it was my daughter.

I spent most of last Monday trying to convince her that if she had to miss school because she was sick, then pinkeye was most definitely the way to go.

She didn’t buy that at first. How could having yucky goop seeping out of one of your eyes be a good thing?

Because, I said, her eye might be sick, but she really wasn’t. No fever or vomiting (thank you, Jesus). No stomach ache or sore throat. Which meant that the usual procedures of staying immobilized on the sofa under a blanket with a cool washcloth didn’t apply.

In other words, she didn’t need to act sick. We could play.

“Even if I called in sick to school?” she asked, which was how she preferred to phrase it. Really?”

She thought for a moment. Then, in an awed whisper, she said, “Wow.”

I was trying to make our day together a good one, the sort of father/daughter experience that she would fondly remember and I could use as leverage when she starts dating in ten years (because I roll that way, too). Yet she was solemn through the whole morning. Even quiet. She didn’t even scream “Gotcha!” when she captured my queen.

“What’s the matter?” I asked over a lunch of grilled cheese sandwiches. “You feeling bad?”

“You sound like your mother,” I answered. “Say it straight. Does your eye hurt?”

“Because I feel good.”

I squinted my eyes and flashed her the universal sign of male confusion.

“You feel bad because you feel good?”

“If I’m not at school, I should feel sick,” she clarified. “I don’t feel sick, so I should be at school.”

“You don’t like taking a day off with your old man?” I asked.

“Daddy,” she answered, “I have a responsitility to go to school.”

“I think you mean ‘responsibility,’” I said.

“You’re right,” I said. “Absolutely right. Going to school is part of your responsibility to grow up and be a proper lady who can do whatever God asks of her.”

“I don’t think I’m doing that today,” she whispered.

“No doubt about it. Because there’s another part about growing up and being used by God that doesn’t involve things like school.”

“Sure. And that’s the part we’re working on today. You have the school part down pretty good. You study and get good grades and help the teacher. Those are fine things. Fine. And I hope you always work hard like that. But a lot of people think they have to work all the time. If they’re doing stuff like we’re doing today, just hanging out and playing, they feel guilty.”

“Exactly. But you don’t need to feel bad taking it easy every once in a while. That’s good for you, too. Jesus worked hard, but He still knew how to relax. He’d go for walks and sit by wells and tell stories and stuff.”

She gave me an appreciative nod. “So sometimes it’s okay to call in sick?” she asked.

“Yes. And sometimes it’s okay to call in well.”

We do so much, don’t we? We have jobs and care for our families and support our churches. We work. Always work. And if we were told there was even more of something we needed to do, we’d likely throw our hands up in surrender.

But there is more we need to do, I think. And that can be summed up in one word.

We need to learn how to do more of nothing. How to sit still. God has a hard time using for His purpose those who refuse to stop and listen. Those who think it best to charge ahead rather than stand and wait. We spend so much time planning our lives that we often forget to live them.