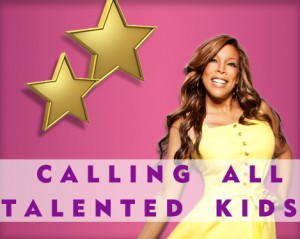 According to the overly excited man I just heard on the radio, in a few weeks a talent agency will be holding auditions near our town for children aged five to fifteen. Dozens of fancy-dressed and smooth talking representatives from networks such as Nickelodeon and the Disney channel will be there. Talent scouts from movie studios. Modeling agencies. You name it! the voice said.

And then it said, “Imagine how it would be to have your child appear in movies like Breaking Dawn and television shows like Hanna Montana!”

Seeing as how I’m driving along an empty road lined by fat cows and empty corn fields, I figure I might as well go ahead and do what the voice said. It doesn’t take me long to imagine such a life for my kids. I get as far as my daughter being a twenty-year-old reality star who divorced after a few weeks of marriage just to improve ratings and my son appearing on some celebrity detox show. Then I pray. I pray for a very long time.

Of course I imagine not too many other people who heard that commercial paused to consider such things. Or maybe the did. But human nature being what it is, I doubt it. If they paused at all, it was likely so they could ponder being on movie sets in exotic locations, houses in Beverley Hills, magazine covers, and the sheer joy that would come with every opportunity to puff their chests and say, “Yeah, that’s my kid.”

That’s why there will be hundreds of people at that audition. Maybe thousands. All in search of that elusive dream that for a very long time has trapped unwitting souls like flies in honey.

I’ll admit I was not always immune. I was the seven-year-old kid standing in front of the bathroom mirror with Dad’s comb in my hand, singing the second verse of Credence Clearwater Revival’s “Bad Moon Rising” (because that’s how I rolled). I not only pretended to be Luke Skywalker, I pretended to be Mark Hamill playing Luke Skywalker.

I was a world-famous explorer who found Atlantis and the first person to walk on Mars. I was responsible for ending the Communist threat. I hit the game-winning home run in twelve straight World Series.

Imagination, sure. But even at that age, I knew there was something else going on. Something deeper.

I wanted to stand out. To be remembered.

I think we all do.

And I think that more than anything is why my kids will be kept far away from the Hollywood wolves about to descend upon my mountains. Not because of the enormous odds that they won’t succeed, but because of the infinitesimal chance that they will. I don’t dislike celebrities because they’ve been given good lives, I dislike them because they’ve been given good lives and tend to live them so horribly.

I want more for my children than magazine covers and fancy houses. I want them to know that we are not defined by what we have, but by what we become from what we have.