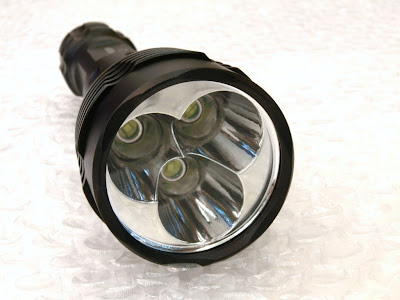 Sometimes I have days like yesterday, days when fear and despair grip and won’t let go. Dark days, I call them. Days when the black surrounds you to such degree that you begin to choke.

On many of those days, I ponder this question: When you suddenly discover the darkness is all around you, how do you find the light?

The answers to that question have varied over the years, but the one I usually settle upon has always been a restful night’s sleep. The formula was simple—hang on, muddle through, and go to bed. Tomorrow would be better.

It was my intent to follow that often tried but seldom true maxim last night. But then the subconscious part of me that keeps a nightly vigil for bogeymen and the helpless cries of small children with smaller bladders woke me. I opened my eyes and saw nothing.

The power was out.

It was never dark in my house. Not truly dark, anyway. We had lamps and night-lights and shudders and creaks. Even in those hours when late night and early morning become synonymous, there is light and sound and sense.

But not then. Then, there was only the Void.

The husband and father part of me demanded at least a cursory investigation of the cause. My mind ran the gamut of possibilities, from the extreme (fire) to the improbably (lurking serial killer) to the likely (snafu at the power company). But to investigate, I needed to see. And in order to see, I needed a flashlight. Thankfully, I had one. In the closet. On the other side of the couch.

That was when the familiar question again popped into my mind:

When you suddenly discover the darkness is all around you, how do you find the light?

I lay there thinking. I’d never handled the darkness well. Not because of what may lurk there, but because I was incapable of knowing where I was in relation to where I wanted to be. My way was hidden.

First, this was no time to panic. My daughter, a diabetic, needed her sugar checked in an hour. And my son, a light sleeper and terrified of the dark, would likely be roused by the same silence that woke me. I had responsibilities. People counted on me. Not just there in my darkened home in the middle of the night. Always.

Then I had to get up. This was no time for lying down. I had to reach the decision that I was going to make something happen rather than let something happen. Lying around and fretting about the darkness wouldn’t accomplish anything.

And after getting up, I had to move. Reckless abandon, however, wouldn’t do. That would only result in much noise and a possible broken bone. I had to move, yes. But I had to go slowly. I had to feel my way.

As I made my way through the house, I discovered that memory was also I necessary ally when faced with the darkness. I found that I had walked down the hallway to the closet enough times to know how to get there. I knew where the floor creaked and where the door should be. Even in the dark, I knew the way.

Flashlight in hand, I roamed the house to make sure all was indeed well. My children were curled into the arms of slumber, oblivious to the darkness around them. I was happy they were spared from that knowledge, happy that they at least didn’t inherit the opposite trait from their father.

Because sometimes the power went out in my life. Sometimes what was once bright and clear was rendered dim and incomprehensible. “Where’s God?” I wonder.

Faith, like my flashlight, shines brighter in the darkness. And shadows, whether figuratively in my heart or literally in my home, grow with my sense of fear.

How do I find the light? I don’t panic. I get up. I move. And I remember that no matter how dark it is, I don’t have to stay lost.

That no matter how dark it is, I know the way.