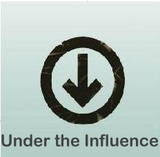 Last week Lynn Rush wrote a post on her blog about The Noticer, a new book by Andy Andrews. She took the challenge to highlight five people who have influenced her life, and then challenged us to do the same.

A few days later, Jason, whose site one of my other frequent stops in blogworld, posted the same thing. Yesterday, Tracy Keck, who also has a great blog, did the same. Anne mentioned it to me via email, too.

We are all in some respect products of our environment, shaped by the people and circumstances in our lives. The choices we make in life are filtered through the lenses of faith and conscience, both parts of ourselves that God strengthens and magnifies through the presence of others.

In other words, we need each other. And the easier it is for us to realize this, the better off we’ll be.

It’s in that spirit that I give my contribution:

1) My wife goes first, no doubt about it. Before her, I was a bumbling, confused, pie-in-the-sky dreamer. Now I am a bumbling, confused, pie-in-the-sky dreamer who is loved, and that makes a world of difference. Not only does she laugh at my stupid jokes and endure my occasional relapses into adolescence, she encourages me to always reach a little further and dream a little more. She’s my angel and my heart, and she believed in me long before I did.

2) My parents are the original Odd Couple. My mother’s family was Amish/Mennonite, and my father’s was Cherokee/Redneck, yet they both managed to fall in love and stay that way for almost forty years now. Both grew up poor, but it was the sort of poor that leaves you both hungry and thankful at the same time, and neither has ever forgotten that. They will do anything in the world for you, no matter who you are or what you look like. Their pictures will never grace the covers of magazines and their names will never be famous, but when they pass from this life to the next, the church will be filled with ordinary people whose lives they touched in ways innumerable. I can only hope to be so fortunate.

3) My children have taught me more about life and God than anyone I’ve ever known. You’re never prepared for what kids can do to your heart and how utterly helpless you are to do anything about it. They have awakened in me an excitement and curiosity for life that I thought adulthood had surely erased. They tell me that when they grow up, they want to be just like me. I tell them not to bother. Because when I grow up, I want to be just like them.

4) To this day I don’t know Allison’s last name, mostly because I was too shy to ask and partly because we only spoke once for about ten seconds. But God introduced us just as we were both living our lowest moments because we each needed what the other could give, and I’ll never forget her. And if you want to read that story, it’s here.

5) And last, there is one unnamed boss (who will continue to be known as such. Because you never know who’s reading your stuff, right?) I had after high school. He was the embodiment of everything I wanted to be (read: rich and successful), but it didn’t take me long to realize just how sad his life was. All the money made him paranoid, all the success made him lustful for more, and the end result was little more than a pitiable human being. But he taught me something very valuable, and that something is this: if that’s what being rich does to you, then you’re better off staying poor. Which goes to show you that not everyone who influences you for the better needs to be a good influence.

There’s my five. There are more, of course. Many more. But that’s enough to keep the train moving down the tracks.