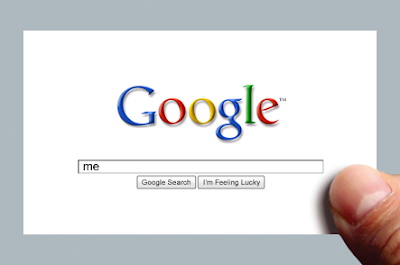 My kids have recently become enamored with their height, believing that their upward rather than inward growth gives the best indication of their march toward adulthood. Every person they meet is gauged in terms of how tall they are. Instead of a hug or a handshake, both of my children will stand in front of them and with hand to head make a straight line across to see how much further they have to grow to get even.

I’d call this a phase, but I know it’s not. I’m thirty-seven and still do the same thing.

By my count there are 122 listings for “Coffey” in the phone book beside me, and 123 if you count Coffey’s Garage (and you should, because they do great work). That’s quite a number considering the fact that we’re all crammed into a relatively small part of a relatively small Virginia county. And though I don’t know each of them personally, I’d bump into all of them if I climbed high enough into my family tree.

Two of those Coffeys are prefaced by the first name of “Billy.” One of them is me. The other has over the years become me, too. Just improved.

Because in a lot of ways, the other me has always gone first. First to have a girlfriend, first to graduate. First to get married and have kids.

The other Billy Coffey was always cool and still is. He walks the fine line between being redneck enough to go bear hunting with the guys and refined enough to know that “loading the dishwasher” doesn’t mean getting his wife drunk. There are Coffeys around here who have yet to get that one straight.

I ran into him yesterday at the gas station (which is always somewhat awkward—“Hey, Billy,” “Hey, Billy”) and took the time to catch up while our vehicles were filling up. It was the normal sort of conversation between acquaintances, the kind where much is said but not necessarily told.

We topped off our tanks and said our goodbyes before driving off in opposite directions. But I couldn’t help but think we were actually going the same way now. He was no longer first in most things. No longer improved, either. We were just two guys living their lives who just happened to have the same name.

It was all a bit anti-climactic. Here I had for years considered this man to be a sort of mirror for my life, a crude barometer by which I measured the quality of my own highs and lows. But I didn’t have that anymore, and that was a problem.

So I did what any sane person would do. I went home and Googled myself.

Turned out there were a lot of me’s out there. The most famous was a Billy Coffey who raced sprint cars. He even had a nickname—The Kid. Billy “The Kid” Coffey. Awesome. I always wanted a nickname, especially one what was cowboy-ish.

There was another Billy Coffey on Facebook. Relaxing in a chair wearing a pair of sunglasses and a ball cap. It was a nice picture and one I could never have taken. I was seldom relaxed.

A Billy Coffey in Florida was appealing a conviction for cocaine distribution. Finally, someone who held a position in life a little lower than mine. But then I found another Billy Coffey who was a preacher in the next county, a fact that rendered the scales a bit uneven again.

And then I found a Billy Coffey who’s sacrifice was enshrined forever on West Panel 2 of the Vietnam Memorial.

That’s when I quit looking. I realized then exactly what I was doing.

It was human nature for us to judge ourselves against others, to stand toe to toe with their talents or looks or status and move a mental hand from the tops of our heads across to them. Regardless of who we are, we all need to see how we measure up. Often, we come up short. Occasionally we can admit we’re not shorter. But it’s rare when we can honestly say we’re taller.

We are all unique. “Wonderfully made,” according to the Bible. Made alike by our capacity to love and dream and hope, yet set apart by our abilities to express them. Which is why comparing ourselves to others will never work.

And also why comparing ourselves to the people we were yesterday always will.