Before we get into today’s post, I’d like to invite everyone back here tomorrow for my new parenting column on High Calling Blogs. Yes, I am a parent. And yes, my kids teach me much more than I teach them. An example: 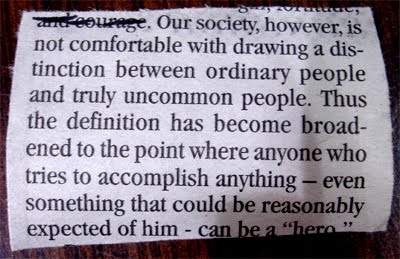 My daughter at the dinner table. Which, since school has started again, is quickly becoming more of a place to discuss Important Things than eat.

If first grade paints a broad stroke of a child’s future life, second grade narrows things a bit. I’m not just talking about things like math and history and spelling. I’m talking about where children fit into the scope of society. My daughter is in a classroom of about sixteen. That means there are fifteen other children who might be her age, but have little else in common with her.

Some have accents. Some wear glasses. There are the tall and the short, the big and the small, the smart and the not so much.

The result of all this mixing and matching is that each of her classmates are spending quite a bit of time trying to figure out not only where they fit in, but why and why not.

One of her friends had a new toy to show the other day. A nice toy. One that my daughter herself had expressed an overwhelming desire to obtain every time the commercial appeared on the television. I told her it was too expensive and it was the sort of thing that fell under Santa’s jurisdiction rather than her father’s. So when she saw what her friend had just gotten at Target, the first notion in her mind was envy. The second was whether that meant her parents had less money than her friend’s.

The boy she saw during recess was quite the opposite. He had no toys. None that he had chosen to sneak into school, anyway. His clothes were worn and a little dirty, and his shoes looked as if they were too small. Like my daughter, his parents didn’t seem rich either. But unlike her, he seemed to have even less.

The thought occurred to me to put a spin on her question. I could use the We’re Rich In The Things That Matter speech. I could say that we had things like love and togetherness, things that make us rich but can’t really be spent at Target.

Or I could use the We’re A Lot Better Off Than Most speech, too. I could say there were a lot of people in a lot of places who didn’t have a house to stay in or good food to eat or even a television to watch. People who would consider us very rich indeed.

But neither of those options seemed right at the time. There are moments when a lesson is in order and moments when the truth begs to suffice. I decided that honesty would be the best policy.

She paused with a spoonful of mashed potatoes in her hand. “Then what are we?”

Being normal was okay for her. No big deal. She wasn’t rich, which may have been a disappointment. But she wasn’t poor either, which may have made her feel better. She was in the middle. Neither/nor. And that was fine.

I hoped she would always have this opinion of things. I mean that. There were people in the world who wanted so badly to be more than they were that they forgot they were actually pretty good to begin with. And I also knew people who were so convinced that they could do nothing that their lives became little more than self-fulfilled prophecies. I hoped that she would grow up to be different, that she never got so ambitious as to forget her blessings and never so complacent as to forget that she could always both be and do more.

So let her reach for the stars, I say. I think we all should. But it’s always helpful to keep our feet firmly on the ground, too. It’s a precarious position, our normalness. It takes some skill to keep from tipping over one way or the other.

(This post was first published as a column in the Staunton, VA News Leader)