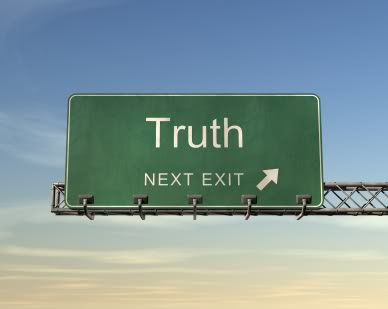 Her name is Laurie, and she’s one of the smartest people I know. Ivy League educated in both English and philosophy, well versed in both culture and the arts, and able to converse with the intellectual elite. Occupation? Professor. Politics? Liberal. Status? Content.

She is, in other words, my polar opposite.

But we do have one thing in common—we both seek to define life through the written word. Laurie is a writer, and a real one. She’s actually published books with covers and pages and everything, which puts her more than a few steps ahead of me.

Of course, she would be the first to admit that her books are at best difficult to find and nearly impossible to read. Laurie is an academic, after all. But when she asked if I would be willing to read a paper she was submitting to a prestigious philosophy journal, I said sure, why not? I love me some philosophy.

I took Laurie’s paper home and pulled it out while sipping a cup of coffee on the front porch. An Inquiry Into the God/Man Dynamic by Means of Employing the Art of Prose, said the title page. I read it twice (the second time aloud) and began wondering what I had gotten myself into. If the title was that complicated, what was the rest of it going to be like?

I took the paper back to her the next day and confessed that while I was sure it was very informative, it was also just a tad over my head. Laurie seemed to take that as a compliment. Philosophers were supposed to be a tad over everyone’s head. “The search for truth and meaning requires a unique combination of vagueness and brains,” she told me. “It’s not for everyone.”

“Are you writing?” she asked.

“I think the writing process is fascinating. The synergy between mind and page overwhelms me. Does it you?”

“I guess so,” I said with a shrug. Mostly because I wasn’t sure what “synergy” meant. Though it did sound like a pretty cool name for a drink.

“It’s incumbent upon every writer to expose the hubris of our lives and reinstate the grandeur of the interaction between the divine and man.”
“I know,” I said, not knowing.

“My next series is going to attempt to discover a correlation between man’s longing to rediscover his true distinctiveness in the cosmic relationship and his struggle to adequately define his true nature,” she continued. Then, “What are you writing about?”

“Pretty much the same thing,” I said. “Throwing stuff in the creek by our house.”

Laurie sat at her desk, staring at me. She fidgeted with her glasses and cleared her throat, giving her precious moments to figure out how to respond.

There was an uncomfortable pause in our conversation just then, which gave me the opportunity to invite Laurie back to her work. She did, thankful that I’d suggested it. And I left.

It was on my way out when I remembered two things. One was that much of what passed as philosophy had always confused me. The other was that deep down, I didn’t like Laurie at all.

Not because she wasn’t a nice person (she was) or because she was a tad arrogant (she was that, too), but because we differed on a fundamental belief when it came to finding truth and meaning in life. To her, such pursuits were limited to those with big brains and bigger vocabularies. To me, they were the property of us all.

We are built to seek. Made to explore. It’s a part of who we are. No other human attribute is as strong or as unyielding as that need to tread upon those undiscovered lands within us.

In the end, I supposed that it really didn’t matter how we sought, so long as we did. And I had no doubt there was a place for the Lauries of this world. But I suspect there was a bigger place for the rest of us, the ones who believed truth could just as easily be found by throwing stuff into a creek than using big words no one can understand. The ones who believed God did not hide as much as He stood in front of us waving His arms.