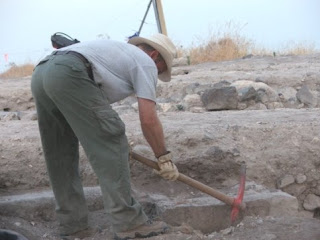 There are those in this world (and I am chief among them) who tend to devote a lot of their time to being more and better. Not a bad thing at all, unless of course you start thinking that who you are and what you’re doing now just isn’t good enough. Not true, I say. Not true at all…

I came across this a few days ago and loved it so much that I wanted to share it here. The words are mine, but the story is an ancient one from China:

There was once a stonecutter who lived in a tiny shack on the outskirts of his town. Every morning he would rise out of his simple bed and trudge off to work in the quarries. He hated his tiny job and his tiny shack, but he especially hated his tiny life.

One morning he passed by a wealthy merchant’s house. The gates of the courtyard were open, and through it the stonecutter could see the merchant’s fine possessions and important guests. “I wish I could be that wealthy merchant,” he said to himself. Then he would no longer have to suffer through life with a tiny job and shack and life.

Then, a miracle happened.

He woke the next morning to find that he had indeed become that wealthy merchant. He enjoyed more power and influence than he had ever dreamed and had more riches than he could ever spend. But then a government official passed by the house, carried in a grand chair by servants. Soldiers flanked each side blowing horns and commanding respect. Everyone, no matter how powerful and wealthy, had to bow to the official. “I wish I could become that official,” the man said. “No one could be more powerful than him.”

He awoke the next morning to find that he was now the government official. He was carried through the city by servants, guarded by soldiers, and everyone was forced to bow to him. But as the day was hot, he noticed the sun was causing him to sweat. And more, he noticed that the sun didn’t care if he was a government official or not. “I wish I could be the sun,” he thought to himself. “Surely there is nothing more powerful than that.”

Then he became the sun, shining his power down upon the earth, giving life and taking it at his own whim. But as he was shining, he noticed a dark cloud pass between him and the land. No matter how hard he shone, the cloud prevented his light from reaching the ground. “I wish I were that cloud,” he said. “Then even the sun would have to obey me.”

And he became the cloud, rolling over the land to bring comfort from the heat and terror with his storms. He was both feared and revered, and no one stood against him. But then he discovered that the wind would blow him here and there without his consent. “No one tells me what to do,” he said. “I want to be the wind!”

So be became the wind, uprooting trees and spreading fires and damaging homes. Nothing, he thought, could stand against him. But then one day he blew against a mountain. A no matter how hard he worked, the mountain would not budge. “I want to be that mountain,” he said.

And he became the mountain. More stable than the merchant, more powerful than the official. Unfazed by the sun and the clouds and the wind. But as he rested there, content and finally at peace, he found that a small part of himself was slowly being chipped away. “What is causing this?” he asked. “I am a giant mountain. What could be more powerful than I?”

He looked down and saw far below a tiny speck hard at work. And with that sight he began to cry, for he knew then all his work and all his dreaming had been for naught.

For below him was the one thing in the world even more powerful than he: