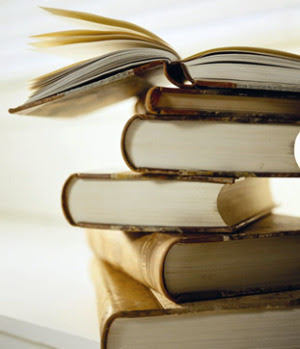 My son is reaching that age when Mommy does not become less relevant, just less needed. Meanwhile, I’m becoming more of a fixture in his mind.

There has been recent evidence of this, too. Batman shirts and cargo shorts are being replaced by faded jeans and black Ts. Cartoons are giving way to baseball games. His Iron Man hat has been exchanged for a spiffy black cowboy one.

But most telling is the fact that he has begun carrying around a notebook and pen in his back pocket.

I take paper and pen with me wherever I go, mostly because I have the memory of a fruit fly. You never know when something worthy of writing down will happen, and there is no worse hell than witnessing something good that you know you’ll forget.

So when I pulled my own notebook from my back pocket yesterday and proceeded to write something down, my son did the same.

I nodded. “Don’t worry,” I told him. “I have the same problem sometimes.”

I rose from the table to take a look at his work. Squiggly lines mostly, along with a few numbers, three exclamation points, and a smiley face. Standard five-year-old fare.

I rubbed his head, grabbed my own notebook, and began writing.

I stared at him, unsure of what to say. I settled on, “Well, you have plenty of time to figure that out.”

The answer was good enough for him to accept. He gathered his notebook and pen and left me to ponder what he’d just said.

My son sat down one day three years ago with a sheet of paper and a blue crayon, and something very special happened. He put the latter on the former and made a blue streak from top left to bottom right. Magic. And when he scurried off and came back to that sheet of paper an hour later, he found more magic—that streak was still there.

And though one important truth was incomprehensible to him at the time, I knew he was creeping ever towards it: if he wrote, he could always leave something behind for others to remember.

That, in a broad sense, is why many writers write. To plant a sign into the hard earth that says I Was Here. To know that to someone somewhere, what you say matters.

I had to admit that what my son said was true. Writing is fun. As frightening as a blank sheet of paper or a computer screen bathed in white was, it was also marvelous—a canvas upon which to paint my story and a map by which to explore my world.

But I knew what he did not—writing was sometimes also not fun. Writing is work. Difficult, exhausting, painful work. It takes courage to look genuinely, whether into life or your own heart, and more courage to share what you find with others. To write is to bare your deepest self, naked of sham and disguise.

It is lonely work, a solitary walk through a land of light and shadow. The writing life is one full of irony in that by exposing yourself to the world you inadvertently construct walls around you to keep the world away. And though you may indeed be surrounded by friends and loved ones, you know that in the end you are utterly and completely alone. You write. They do not. That gulf is not easily bridged.

Because for many of us writing is not a job, but neither is it a hobby. It goes deeper than that, permeating every aspect of our lives. Every conversation, every face, every moment bear is seen through the lens of the page. We ply our trade from the moment we wake until the moment we sleep, and often even our dreams are grist for the mill.

Success is fleeting. Failure is constant. You are turned away by agents and editors, gatekeepers of your aspirations, and deemed unworthy of your dreams. You struggle though doubt and fear. You drown in desperation.

You face the agony of knowing that no matter what you manage to get down on the page, you will never feel as though you’ve gotten it down just right.

And I was left with this one question: was that the life I wanted for my son?

Because despite it all, there is to me no greater pursuit in life than the search for meaning, and no other way to chart those undiscovered lands within us than with pen as our compass and paper as our sail.