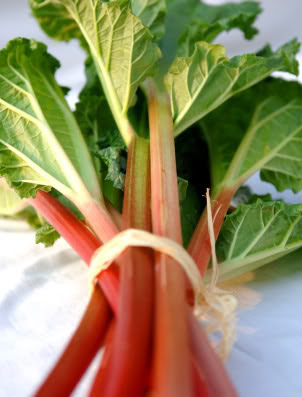 I’ve always been the type of person to show up early for a movie. Fifteen minutes at least, though twenty is preferable. It’s a matter of logistics, really. I need to sit in the back of a movie theater. Not only does it offer the best view, it allows me to see more people than who see me. That’s important. Wild Bill Hickock didn’t take that into account and got shot in the back of the head for his trouble.

The problem is that’s an awful lot of time to sit there in the semi-dark and keep yourself occupied. Conversation is an option of course, though there isn’t much that can be expounded upon in so short a time and in such a hushed environment. And though people watching is a hobby of mine, that’s a bit tricky as well. The dimmed lights offer just enough brightness to not trip over someone but not see exactly who it is you’re not tripping over.

Thankfully, theaters have taken to running advertisements and movie trivia on the screen that are accompanied by a horrible fusion of elevator music and movie scores. I take this as sort of a warm up for the eyes, like stretching before a workout.

I tackle this with the utmost seriousness. Especially the movie trivia. Knowing that the DeLorean in Back to the Future was originally a refrigerator or that the wrestler Peter Parker faces in Spider-Man is real-life wrestler Randy Savage isn’t quite valuable, but it can pass the time before the sneak previews well enough.

Occasionally, though, whomever puts together these little snippets of knowledge manages to sneak something in that really is quite valuable.

Between munches of popcorn and Twizzlers at a matinee the other day, I learned that whenever you watch a scene that includes a large crowd, the extras are often instructed to murmur the word “rhubarb” over and over again, giving the appearance of background conversation.

Why exactly “rhubarb” is used rather than some other word is beyond me and was not explained. Further research has revealed that often other words are used, “peas and carrots” and “watermelons” being among them. I think I understood a little better then. With the image-conscious, diet-crazed environment that is Hollywood, I’m sure there are a lot of hungry people on your average soundstage. Food would always be on your mind, too.

To be honest, I’ve always wondered what all those people in the background were saying. I felt pretty good about myself to finally have the answer to that. It was a tiny burden to lift off my mind, but a burden nonetheless.

But as with many of my unloaded burdens, it was replaced with a new one.

Yesterday I kept track of the people I spoke with and to. I answered over fifty emails, conversed with a dozen people on Twitter, spoke with five people on the phone, and actually had seven conversations with real live people.

That’s seventy-four people. For me, that’s a lot.

I tried to remember exactly what was said and to whom. I should add emphasis on try. Try. The problem was that I couldn’t remember what I had heard or read, nor what I had answered back. I could see the faces of the people I’d spoken to and the gist of what was said, but not exactly.

And that bothered me. It bothered me because I could only conclude that much of my interaction with people yesterday was much more shallow than deep and much less trivial than important. Which led me to ask this one question:

How much rhubarb was in my life?

How many of my words were just chatter, noisy emptiness to fill boredom or an awkward silence?

How many times did I say “How are you?” to someone as a simple greeting and not as an honest question?

How many times did I say I would pray for someone and then let it slip my mind as it disappeared among all the other cares of my day?

Our words carry meaning. They convey more than mere sentiment, but power and intent. Sticks and stones can break our bones, but words can break much more. They can lift up or tear down, make right or make wrong.

Or maybe worst of all, they can just fill the air with rhubarb.