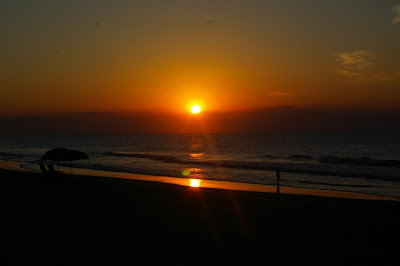 Since I have a few writerly things to tend to this weekend, I thought I’d rewrite and old post for today. I realize that may be considered cheating a little, but it was written a good while back and chances are it’ll be new to all but the oldest old timers around here.

Funny thing, I actually spoke with Carla a few weeks ago on Facebook. Carla’s not her real name, by the way. My idea, not hers. I’m pretty sure none of my ex-girlfriends would actually admit to dating me, so I decided to spare her the humility…

Her name was Carla, and God had made her just for me. I knew that from the moment I first saw her in Mrs. Harrison’s third grade class. And it was confirmed five years later when I accompanied her to the eighth grade dance.

A big deal, that dance. Held the week before summer vacation. The next year would be high school, which meant all of us would take a tumble down the hard-climbed mountain of acceptance. Eighth grade was the pinnacle of middle school. Ninth grade was the bottom rung on high school’s ladder. So we danced that night on the edge of where the two met.

It was understood among the eighth grade class that Carla and I were a couple. I never actually made that official, mostly because I was ignorant of the proper protocol. I was always a little clumsy around the girls.

But it’s amazing what a tuxedo can do for a guy’s confidence. I stalked around the gymnasium that night like Sonny freaking Crockett, calm and cool and gentlemanly with my date. I was impressive. So impressive that I left Carla’s doorstep that night with her unlisted phone number and a promise that I’d call over the summer.

In my defense, I tried. But the seven digits that were firmly lodged in my mind were evidently the wrong ones. I tried to call Carla the first day of summer vacation, and the nice mechanical operator coldly informed me that the number I had dialed was not in service and to please try again.

I’ve heard insanity defined as performing the same task over and over again and expecting a different result. If that’s true, then that was the summer I went insane. I called Carla dozens of times over the next weeks, and all I got for my efforts was much disappointment and more than a little frustration.

The lone bright spot of the whole situation was the fact that the town carnival would be starting in a few weeks. Everyone came to the carnival. It was the social event of the summer. I would see her there, get the whole phone number thing straightened out, and move on together. No worries.

Good news: I did see Carla there. Bad news: she was with another guy.

No, worse than bruised.

Yes. That was it. Carla had broken my heart.

Just as my luck would have it, when school started two months later Carla had the seat right in front of me for English class. Come to find out, I’d had the last four digits of her phone number reversed. She had waited all summer for me to call. When her phone finally rang, it was someone else.

The news did little to make me feel better, so I brooded and sulked until the homecoming dance. Carla decided to wear her dress to school that day, and I couldn’t help but think she did so just to rub it in my face. It infuriated me so much that under the cover of Mrs. Glass’s discussion of Mark Twain, I found a permanent marker and wrote “Motley Crue” on the back of her dress.

Strangely, that did not turn out to be one of my finer moments.

Then again, not many of my freshman moments were fine. It took me a long time to get over Carla, and for a while I swore it would never happen. But it did. I would find out a few years later that God had made someone else for me, and me for her.

And I learned a valuable lesson in the process: God often allows our hearts to break just so He can put them back together bigger. Bigger so they can both give and receive ore love than they could before.

I saw Carla yesterday. We were both braving the crowds at the local Target. We spoke and laughed and caught one another up on the happenings of our lives. Thankfully, she never mentioned the whole Motley Crue thing.

But all the while I was listening to that little voice in the back of my head. The voice telling me that more important than praying for God to remove our obstacles is praying for Him to help us through them. We can’t avoid hurt in this life. Not just because we’re fallen people in a fallen world, but because nothing helps us grow more.

Keeping on is a virtue, I think. No less than bravery or love. Often our greatest blessings come disguised as our greatest hurts. Hanging in there is a hard thing do to if you try to do it all at once. But running through the darkness is never a good idea. That’s when you trip and fall.

Better to take small steps, I think. One at a time, over and over. On toward the sunrise.